In the spring of 2011, Amazon.com compiled its sales data of all book, magazine, and newspaper sales in both print and digital-download formats. From the results, Amazon calculated, on a per capita basis, which cities in America were the “Most Well-Read.”

Earning a Top 20 ranking was none other than Columbia, South Carolina, coming in at No. 16 on the list. No doubt about it, Columbia residents are dedicated readers.

With one of the finest library networks in the country in Richland County Public Library (voted National Library of the Year in 2001) and numerous book clubs and writers’ groups meeting regularly around town, Columbia has established a solid network for readers and writers. 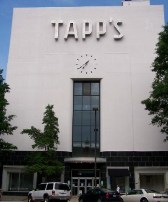 Home to novelists such as Robert Lamb, Janna McMahan, and James McCallister, and poets such as Ed Madden, Worthy Evans, and Cassie Premo Steele, Columbia has a thriving and active literary scene. The Columbia Writers’ Alliance supports established writers and newcomers alike, and every Wednesday in the Tapp’s Arts Center downtown, readings are held by published and hoped-to-be-published poets.

Dozens of regional and national authors and more than 100 exhibitors descend on Columbia every spring for the South Carolina Book Festival, which will celebrate its 17th year in May of 2012. And in early 2012, Columbia will host its second “One Book, One Columbia” community reading project, a shared reading experience that invites all city residents to read the same book at the same time.