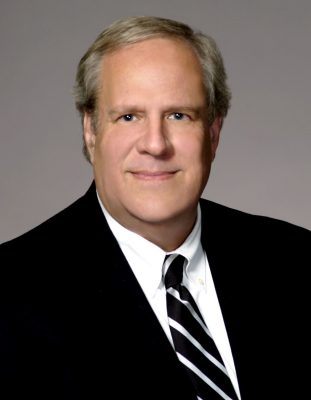 The Stephen G. Morrison Visionary Award is an annual recognition presented by the board of One Columbia for Arts and Culture to a Columbian who reflects many of the values and qualities of those generously given by One Columbia’s former leader in support of the growth and vitality of his City of Columbia. Morrison, who passed away in 2013, co-chaired the One Columbia Arts and Culture Board of Directors for three years.

The recipient of the Steve Morrison Visionary Award honors the best combination of vision and leadership, applied to arts and history and the entire cultural foundation of the City, and the value they bring to Columbia.

CRITERIA:
The Steve Morrison Visionary Award is presented to a person who reflects values and qualities similar to those Steve generously offered in support of the growth and vitality of his City of Columbia. The recipient serves as a model of what one inspired, committed individual can do for the cultural dynamic of a region and its citizens through leadership, strategic planning, taking action and encouraging others around them to do the same.

The recipient of the Steve Morrison Visionary Award recognizes the best combination of vision and leadership, applied to arts and history and the entire cultural foundation of the City, and the value they bring to Columbia.

The Steve Morrison Visionary Award is presented annually by One Columbia for Arts and Culture in honor of its early leader, Stephen G. Morrison.

One Columbia for Arts and Culture is currently accepting nominations for the 2021 Stephen G. Morrison Visionary Award until November 12, 2021. Nominations can be made by anyone and should include details about the nominee along with a nomination letter outlining specific examples of the nominee’s contributions. Nominators are asked to describe the nominee’s leadership capabilities and provide examples of how they has made an impact on society through creative social change. 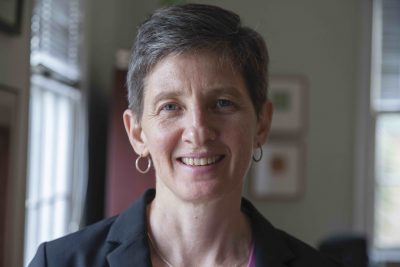 Robin Waites, the executive director of Historic Columbia, was the recipient of the 2019 Stephen G. Morrison Visionary Award. Waites has worked to conduct historic property transformations into spaces that are much more than just historic homes. They now present and elevate the roles enslaved persons and post-emancipated people of color played in shaping Columbia. They are now centers for connected thinking and dialogue that challenge visitors to make broader connections and appreciate people different from themselves—key ingredients for social awareness and community involvement. Outside of the work that Historic Columbia does directly, Waites has also pushed historic preservation into the forefront of community involvement through strategic partnerships with neighborhoods. Successes include the acquisition of funding with the goal of engaging individuals in the creation of their own neighborhood histories in downtown communities. This initiative activated further projects, such as the Columbia Jewish Heritage initiative, partnerships with ColumbiaSC63 and the Columbia African American Archaeology Project.

Waites’ success at building bridges through the medium of history has caused a ripple effect throughout Columbia’s diverse social, racial, educational, spiritual and class-based communities. She continues to lead new partnerships—particularly with the City of Women and Queer Columbia initiatives—that promise to advance the understanding of our community’s evolution even more holistically. 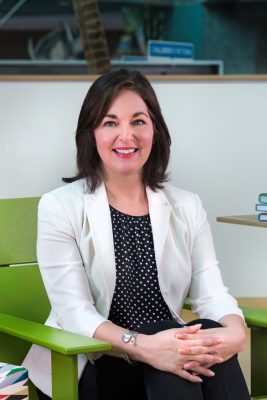 Melanie Huggins has been the executive director of Richland Library in Columbia since 2009. In her role, she manages a nearly $26 million budget, nearly 400 employees and 12, soon-to-be 13 locations. Within the past nine years, she has revolutionized library services to better meet the needs of the community and for this reason, the Richland Library was awarded the 2017 National Medal for Museum and Library Service.

During her tenure as executive director, Huggins has many accomplishments, including the introduction of a new focus for strategic planning that solicited input from the entire library staff; the coordination of the first Amnesty Week (exoneration of all fines) to remove barriers to library services; a rebranding of the library system, based on customer feedback; garnering over $6 million in grant funding; and designing evidence-based programs proven to increase school readiness, foster family engagement and reduce academic loss commonly occurring in the summer for students reading below grade level.

Dr. Donaldson began his career at the University of South Carolina in 1999 and now leads the Center for Civil Rights History and Research, housed in the Hollings Special Collections Library. He also serves as the lead scholar for Columbia SC 63: Our Story Matters, a documentary history initiative that chronicles the struggle for civil rights and social justice in Columbia. 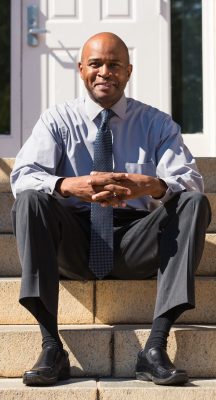 Additionally, he has served as a consultant for museum exhibitions, archival collections, oral history initiatives, documentary films, and historic preservation projects, including the renovation of the Booker T. Washington High School in downtown Columbia. In 2008, the Historic Columbia Foundation awarded Dr. Donaldson and his students the Helen Kohn Hennig Prize for their documentary project on the Ward One community in downtown Columbia.

Dr. Donaldson is a native of Augusta, GA, and received his undergraduate degree in History and African-American Studies from Wesleyan University and his Ph.D. in History from Emory University where he served on the staff of the Martin Luther King Jr. Papers Project. Previously, he held the Thurgood Marshall Fellowship at Dartmouth College and the Susan Biddle Ford Fellowship at the W. E. B. Du Bois Institute for African and African American Research at Harvard University.

“I am extremely honored by this recognition,” says Donaldson. “Steve Morrison was a phenomenal ambassador for our city–an extraordinary, brilliant, and energetic leader who exemplified the very best in civic engagement. I had the good fortune of serving with him on the founding One Columbia board.“

He continues, “As a history professor at USC and as the lead scholar for Columbia SC 63, countless students, colleagues, and community members have joined me in uncovering, documenting, and promoting our city’s rich and diverse histories. It is enormously gratifying and indeed inspiring to sit down, record, and listen to memories and enduring lessons of the past. I am proud of our efforts to bring greater voice and visibility to often overlooked and unrecognized chapters in our collective history. I am humbled by this award, and I am excited about the work and collaborations ahead that highlight why our stories matter.”

Henderson, a driving force in both the theatre and dance communities in the Midlands, was born in Newberry, residing in art that illuminates contemporary societal issues and also, providing opportunities for those who have not had formal training in dance and theatre. Henderson has been a long term artist-in-residence at both Logan and A.C. Moore Elementary Schools, where he teaches dance and drama. Henderson has performed, choreographed, directed and premiered work from California to Florida. In addition to working with most of the Midlands’ live theatres, he was the co-creator of Trustus Theatre’s “Henderson Bros. Burlesque” and also created an original evening of work, “The Black Man…Complex.” Most recently, he premiered his new work “Ruins” as part of the Harbison Theatre’s MTC Performance Incubator, performed in “Blank Page Poetry: Words and Shadows” at 701 Center for Contemporary Art and created the choreography for a new film, “Rising.” One Columbia for arts and History recognizes the cultural and community significance of Terrance Henderson’s influence in our community along with the substantial contribution of his work to make arts education a part of every child’s life. 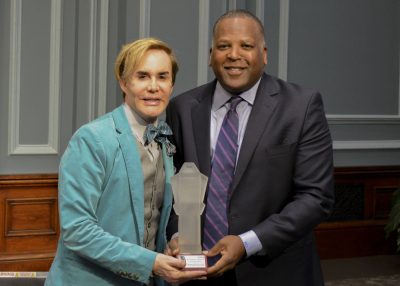 Starrett first came to the Columbia City Ballet as a guest artist in 1977; he served as Artist-in-Residence, Associate Artistic Director Premier Danseur before being appointed executive and artistic director. During his 29 year history with the ballet, Starrett has expanded the company to be the largest touring company in the state, introduced an educational outreach program and integrated dance into the lives of Columbians. Starrett has created over 19 principal ballets including Columbia City Ballet’s signature performances, Dracula Ballet with a Bit and Off the Wall and Onto the Stage: Dancing the Art of Jonathan Green. Starrett conceived this collaboration of art and dance in 2002, bringing South Carolina native Green’s paintings to life on the stage. In addition, Columbia City Ballet’s Educational Outreach Program has introduced the ballet to more than half a million children in the program’s 25 years. The program introduces students to a wide spectrum of artistic genres and disciplines, dance styles, art history, music, stagecraft, and literacy. The ballet has received national attention and awards for its creative commitment and vision of the Educational Outreach Program. 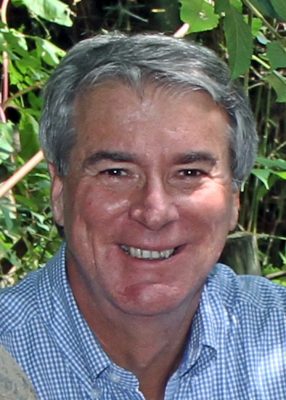 Satch Krantz began his career at Riverbanks in 1973 and served as its director from 1976 until 2017, making him one of the longest serving zoo directors in the nation. One of only three American zoo directors that have served as president of both the Association of Zoos and Aquariums and the World Association of Zoos & Aquariums, Krantz was also the first zoo director to serve two presidential terms for the AZA since WWII. Krantz has received numerous accolades throughout his career. Most recently, Krantz was awarded the prestigious R. Marlin Perkins Award for Professional Excellence. Established in 1978, the Marlin Perkins award is the highest honor bestowed upon a zoo professional by the AZA. Other honors include the Global Vision Award by the World Affairs Council, the International Ambassador of the Year Award by the Committee of 100, the Woodrow Wilson Award for Regional Cooperation from the Greater Columbia Chamber of Commerce and Clemson Alumni Association’s Distinguished Service Award. Krantz has been heavily involved in the community that Riverbanks serves. He is a past president of the board of Palmetto Richland Children’s Hospital and the Columbia Rotary Club. He has also served as president of the Clemson University Board of Visitors and the University of South Carolina University Associates and is a member of the Board of Directors of the River Alliance, the Children’s Hospital and the AZA.