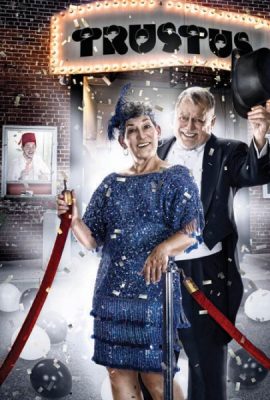 Started in a second floor walkup space that seated 50 in 1985, by Kay and Jim Thigpen, Trustus has evolved to a half of a million dollar enterprise in 22 years. The underlying principal of Trustus has always been to bring the best of the newest and original plays, to an audience craving professional theatre in a setting that is comfortable and unique. Our uniqueness is the comfortable chairs, complimentary popcorn and bar that allows you to pretend you’re really sitting at home in your living rooms while watching thought provoking, entertaining, quality theatre. Trustus’ year around season is comprised of eight mainstage productions that combine comedy, drama, musicals. Over the years, we have premiered over 65 shows in the southeast, including: Angels in America, Falsettos, Beirut, Colored Museum, The Boys Next Door, The Sum of Us, The Joy of Going Somewhere Definite, Fires in the Mirror and Boy Gets Girl. Our Trustus Black Box Theatre offers an intimate venue for productions ranging from new plays, comedies, cabarets, improv shows, and provoking theatrical works. This program supported, in part, through corporate and individual donations to the United Arts Fund of the Cultural Council of Richland and Lexington Counties, the City of Columbia and the South Carolina Arts Commission, which receives support from the National Endowment for the Arts. Trustus is a constituent of Theatre Communications Group (TCG), the national organization for the American theatre, the South Carolina Theatre Association, the Columbia Convention & Visitors Bureau and the Vista Guild.