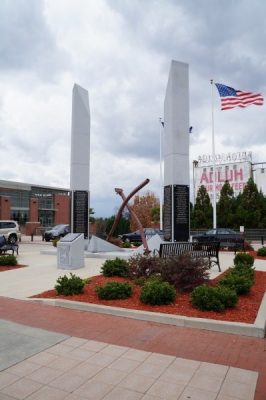 This memorial honors the first responders and soldiers who lost their lives as a result of the attack on the World Trade Center on September 11, 2001. The memorial features two 25ft. granite towers and a pair of beams from the World Trade Center wreckage. The names of the 47 first responders from our area who have died, as well as those South Carolinians killed in Iraq and Afghanistan, are enscribed on the monument.

The City of Columbia unveiled the First Responders’ Memorial on the 10th anniversary of 9/11. Read more about the unveiling.