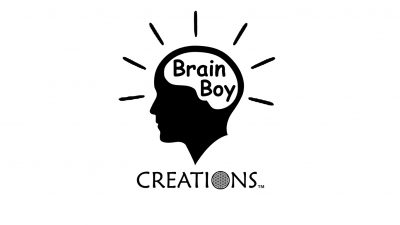 Bruce was born with a strong connection to the greatest power in the universe, known as the
“Imagination Force”. This grants him the ability to bring anything he writes or sketches to life using whatever traditional or digital tools are at his disposal.
Not only can he breathe life into his imaginative machinations, but he can also breathe life into the ideas of anyone who comes in contact with him. ­
His connection to the “Imagination Force” grew as he got older and unlocked several other abilities such as Ultra Focus; which creates a pocket dimension around him that allows him to concentrate intensely on a singular goal devoid of human distractions, Milestone Might; allows him to slow down time in order to complete projects ahead of deadlines, and Cosmic Caliber; which ensures all of his creations are of high quality.
He honed his skills over the years knowing that one day he would one day be called upon to save the world from the villain Master Conformity as he and his army of Energy Reavers seek to drain the planet of its creativity,
and control the Imagination Force.
SOCIAL MEDIA LINKS
https://www.facebook.com/brainboycreations
https://www.instagram.com/brainboycreations/