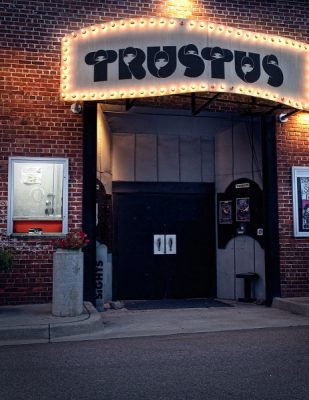 Constance is a critically acclaimed concept album by local band The Restoration that took the Columbia music scene by storm. Bringing a unique mix of Americana and Folk music to the Capital City, this album tells a Southern-Gothic story in the Faulknerian tradition. Now, Trustus hosts a first-rate concert version of this album conceived and created by Daniel Machado of the Restoration and director Chad Henderson. A full-cast of Columbia’s best known musical theatre artists and The Restoration themselves will be bringing this story to the stage.

The Restoration's Constance is a multi-generational cautionary tale, told through historical fiction. Set between the late 1800s and 1930s in Lexington, South Carolina, Constance focuses on the fictional Constance Owen, an unrealized musical prodigy born to poor cotton farmers several years after the American Civil War. Her eventual union with Aaron Vale, a carpenter and musician of mixed race from Chicago, and the birth of their son, Thomas, plants a seed of discriminative hate in the surrounding community, bringing about the bankrupting of her family by the affluent Palmers, the related death of her husband, and the burying of her creative aspirations. Years later, Thomas' nihilistic vengeance against the Palmers sets off a cataclysmic series of violent events, as the South and the rest of the world plunge into the Great Depression.

This performance will be the first step towards turning this album into a full stage production over the next couple of years. Experience it first this August!

Box office and bar open 1 hour prior to curtain. Check www.trustus.org for ticket info and reservations.