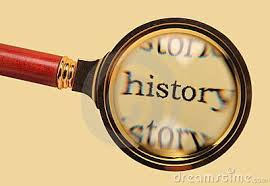 Please join us for a Works in Progress presentation by History Professor Emeritus, Dan Carter.”Ghost Dancer: Unraveling the Life Story of a Political Fabulist.”  Before his retirement in 2007, Professor Dan Carter taught United States History and has a special interest in national 20th century politics and the post-Civil War American South. Dr. Carter has taught the US Since 1877 survey, the history of the New South, and courses on documentary films as well as the making of Southern culture. He has also taught graduate courses on the Civil War and Reconstruction,  20th century US history and the post civil-war South. His publications include: Scottsboro: a Tragedy of the American South; When the War Was Over: the Failure of Self-Reconstruction in the South, 1865-1867; The Politics of Rage: George Wallace, the Origins of the New Conservatism, and the Transformation of American Politics, and From George Wallace to Newt Gingrich: Race in the Conservative Counterrevolution, 1963-1994.