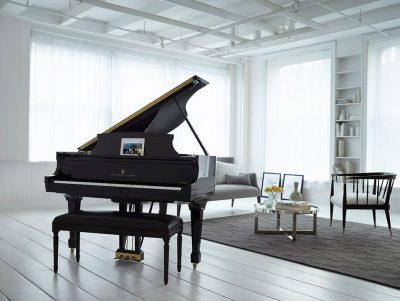 Yerin Yang, 17 years old, is a scholarship Fellow at the Music Institute of Chicago’s Academy. She started piano at the age of 5 1⁄2 and currently studies with Alvin Chow and James Giles. Most recently, Yerin took First Prize, Best Performance of Solo Work Award, and the Young Jury Award at the 2018 Arthur Fraser International Piano Competition. In March 2018, Yerin made her Symphony Center debut with the Civic Orchestra of Chicago as one of the four finalists of the 2018 Chicago Symphony Orchestra Young Artists Competition, in which she was named winner. As a result of her achievements, Yerin returned to perform four concerts with the Chicago Symphony Orchestra in November 2019, and will be performing with the South Carolina Philharmonic in March 2020. She will also feature as a soloist with the Pasadena Symphony and POPS in March 2020.

As the winner of the DePaul Concerto Festival in both 2013 and 2018, she appeared with the Oistrach Symphony Orchestra twice. With her performance in 2013, Yerin was featured on WFMT’s ​Introductions,​ and appeared again later to play a solo recital, broadcasted live in June 2016. Yerin also performed with the Music Fest Perugia Festival Orchestra in Perugia, Italy in August 2016.