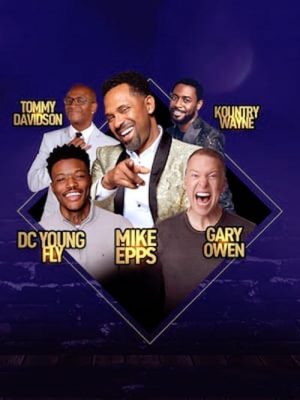 Prepare for a night of hilarious comedy from a bunch of funny comics.

Mike Epps is perhaps most known for his epic and memorable role in 2000 comedy Next Friday. Since then, the actor and comedian has appeared in various films including How High, Resident Evil: Apocalypse, The Hangover and more. Before appearing in movies, Epps was a stand-up comic, getting his start on the Def Comedy Jam tour in 1995.