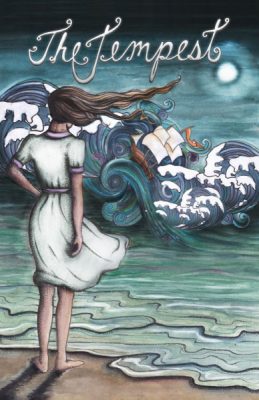 THE TEMPEST at Drayton Hall Theatre

Box Office: 777-2551
Box office opens 1 week prior to each production run.
The Box Office is located in Longstreet Theatre, 1300 Greene St.
Enter from the breezeway off of Sumter St.

One of Shakespeare’s last plays, The Tempest might have been lost to history if not for its publication in the First Folio of 1625, which we are thrilled to announce will be on view at the University during this production!  Even after four centuries, The Tempest still has a mystical power to enchant audiences with its enthralling tale of romance, revenge and redemption.  Prospero, the unlawfully-exiled Duke of Milan, has lived on a remote island with his daughter, Miranda, for twelve years — enough time to study and perfect his skills in the realms of magic.  When Antonio, the brother who usurped Prospero’s title, sails near the island, the powerful sorcerer conjures a storm which forces his betrayer’s ship ashore, and carries out a supernatural scheme to enact vengeance, restore his rightful nobility and, finally, return home.