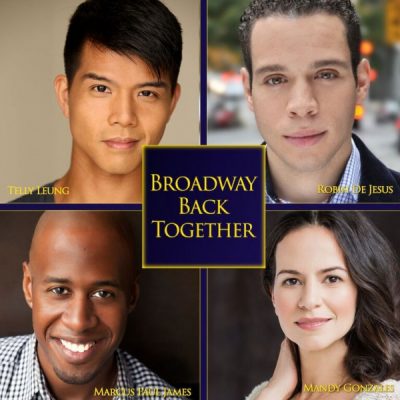 See four of Broadway’s brightest stars shine in Broadway Back Together, a collaborative performance starring Telly Leung of Allegiance and hit television show Glee; Mandy Gonzalez of Wicked, Aida, In The Heights and the film Across the Universe; Marcus Paul James of Motown the Musical, In The Heights and Rent; and two-time Tony-nominee Robin de Jesús of La Cage Aux Folles, Wicked, In The Heights and the feature film Camp. Hear exclusive behind-the-curtain stories and anecdotes from New York City’s biggest stages as well as all of the hit songs from Broadway’s most popular shows in this one-of-a-kind, intimate performance.