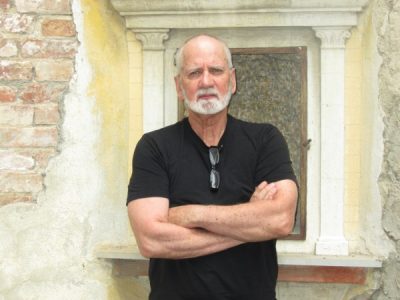 701 Center for Contemporary Art presents a lecture by prominent New York City art critic and artist Peter Plagens on Sunday, July 19, 1:00 p.m. Admission is free. Plagens will be in town to serve as the national juror on the jury panel for the 701 CCA South Carolina 2015. The panel will take place on July 18; the Biennial will be shown in two parts from September – December, 2015.

Plagens is a noted painter based in New York City and one of the country’s most prominent art critics. He writes a bi-weekly art-review column for the Wall Street Journal and was from 1989 – 2003 the art critic for Newsweek magazine. Plagens also has written extensively for such publications as Art in America and Artforum. He is the author of three books on art: Sunshine Muse: Art on the West Coast, 1945–70; Moonlight Blues: An Artist’s Art Criticism; and Bruce Nauman: The True Artist. Plagens’s two novels are Time for Robo and the online novel The Art Critic.

Plagens retrospective as a painter in 2004–2005 was presented by the Fisher Museum at the University of Southern California in Los Angeles and traveled to Columbia College in Chicago and the Butler Institute of American Art in Youngstown, Ohio. He has received fellowships from the John Simon Guggenheim Foundation for painting; the National Endowment for the Arts for painting and arts criticism; and The Andy Warhol Foundation/Creative Capital for arts writing. Plagens lives in New York City with his wife, the painter Laurie Fendrich.

701 CCA is a non-profit visual arts center that promotes understanding, appreciation and enjoyment of contemporary art, the creative process and the role of art and artists in the community. The center also encourages interaction between visual and other art forms.