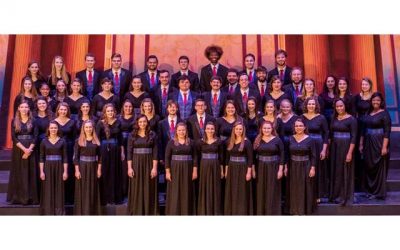 Arts at Shandon presents the Presbyterian College Choir in the newly restored Shandon Presbyterian Church sanctuary. The church is located at the corner of Woodrow & Devine Streets in Shandon.  Presbyterian College Choir was formed in the mid-1960s by Dr. Charles Gaines and succeeded In 1998 Dr. Porter Stokes. After Dr. Stokes 20 year tenure as conductor of the PC Choir the choral program grew exponentially. Their current conductor, Ron Davis has continued the choral tradition at PC  gaining a strong reputation as a musical organization of strength, musicality, and visits to area and regional churches and on annual tours in the US and overseas.

A brief history on the Presbyterian College Choir:

Prebyterian College Choir:The Presbyterian College Choir was formed in the mid-1960s when Dr. Charles Gaines began his leadership of the Department of Music at PC.  As PC grew so did the choral program.  In 1998 Dr. Porter Stokes began his 20 year tenure as conductor of the PC Choir and the choral program grew exponentially.  Along with Dr. Ron Davis, the current conductor of the choir, the choral program at PC began to gain a stronger reputation as a musical organization of strength, musicality, and reputation through it’s local programs, visits to area and regional churches and annual tours.

In the past 20 years the PC Choir has performed in multiple events and toured from Tampa, FL to Ambler, PA.  Appearing in cities such as Houston, TX, Chicago, IL, and many points between, the choir has served as ambassador for PC across the country.  In addition to domestic tours the PC Choir has appeared in performance in England, Scotland, Czech Republic, Austria, and Hungary through international tours.

Dr. Ron Davis took on responsibilities of conducting the PC Choir upon the retirement of Dr. Porter Stokes.  Dr. Davis has been on the faculty of PC since 2004 and served as accompanist to the choir since that time.  His experience as conductor of Cantare! (PC’s Men’s Choir) and extensive church choral experience make him a natural fit to succeed Dr. Stokes’ long and impressive tenure.

The PC Choir welcomes students of all majors and minors from across the campus.  Many, indeed most of the members of the choir are majoring in fields other than music; such as physics, biology, political science, modern foreign languages and other humanities based degree plans.  Some musicians in the choir are recipients of music based scholarships, but many participate because or their interest in making music together with their student colleagues.

This concert is free to the public and donations are gratefully appreciated.