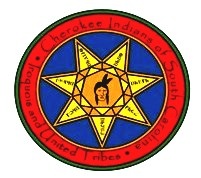 2nd Annual Observance of SC Native American Indian Awareness Day sponsored by all the Native American Indian Tribes Nations and Groups in SC in partnership with the SC Commission for Minority Affairs ( CMA) and Eastern Cherokee, Southern Iroquois & United Tribes of SC, Inc. TO RECOGNIZE NOVEMBER AS NATIONAL NATIVE AMERICAN HISTORY MONTH AND TO DECLARE NOVEMBER 18, AS NATIVE AMERICAN AWARENESS DAY IN SOUTH CAROLINA. Whereas, the South Carolina General Assembly is pleased to note that November is National Native American History Month; and Whereas, the contributions of Native Americans to modern knowledge, comfort, and general advancement are legion. For example, edible plants domesticated by Indians have become major staples in the diets of peoples worldwide. Such foods include corn, potatoes, sweet potatoes, peanuts, squashes and pumpkins, tomatoes, and many species of beans. Other plants of great importance developed by Indians include cotton and rubber; and Whereas, Native Americans contributed more than two hundred indigenous drugs used by one or more Indian tribes to The Pharmacopoeia of the United States of America. The medicine we practice today is a combination of Native healing practices and modern science; and Whereas, the United States owes much to Native Americans in terms of its governmental structure. Indian governments in eastern North America, particularly the League of the Iroquois, served as models of federated representative democracy to Europeans and American colonists. The government of the United States is based on such a system, whereby power is distributed between a central authority (the federal government) and smaller political units (the states); and Whereas, Indian contributions to the world’s economy have been enormous. As just one instance, during colonial times Indian labor in the North American fur trade contributed significantly to the wealth of England, France, the Netherlands, and Russia; and Whereas, as the first people to live on the land we all cherish, American Indians have profoundly shaped our country’s character and our cultural heritage. Today, Native Americans are leaders in every aspect of our society, from the classroom to the boardroom to the battlefield. In November, we celebrate and honor the many ways American Indians have enriched our nation; and Whereas, grateful for the rich heritage Native Americans have bestowed on the United States, the General Assembly takes great pleasure in recognizing November as National Native American History Month and declaring November 18, 2014, as Native American Awareness Day in South Carolina

FREE to the Public

beginning at 12:00 noon at the State House/ SC State Capitol (inside)