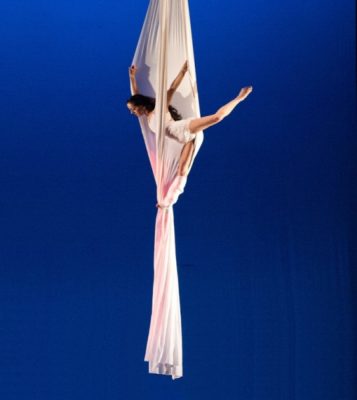 Ms. Barbosa is the Founder and Artistic Director of South Carolina Contemporary Dance Company. She is a former member of the Martha Graham Dance Company and a former Assistant Professor of Dance at the University of South Carolina. She holds an MFA from the University of Fine Arts of Sao Paulo/Brazil, where she received her classical training. From 1992 to 2002 she collaborated as artistic director and performed for Dzul Dance Company based at the NY Conservatory of Dance. In 1997, Ms. Barbosa and Javier Dzul choreographed several concerts and tours for Emproart, a contemporary dance company based in Brazil. In 1991, she joined the Martha Graham School of Contemporary Dance and was awarded a scholarship as Technique Demonstrator. Ms. Barbosa performed with the Martha Graham American Touring Ensemble from 1993 to 1996, guesting with Martha Graham Dance Company for their City Center Seasons in New York City and Spoleto Festival, Italy (1993-1996). After working as a guest artist in Spain and Brazil for nine months in 1997, she returned to New York to dance with the Martha Graham Dance Company until 2001. Beginning in 1993, Ms. Barbosa taught the Graham technique and choreographed as a guest artist throughout Europe, South America and the United States. She has taught the Graham Technique as a faculty member at Fashion Institute of Technology, SC Governor's School for the Arts and Humanities, Paul Taylor at the School of Performing Arts in NY City, Nevada Festival Ballet, Martha Graham School's Teen Program, Institute of Theater of Barcelona, Spain, Lisbon Dance Co, National Conservatory of Dance of Portugal, the Ginasiano Ballet School, and the Olympic Auditorium in Rome, Italy. From 2002 to 2008, Ms. Barbosa was an Assistant Professor with the USC Department of Theatre and Dance, where she developed numerous choreographies. Ms. Barbosa has been honored with the licenses to restage some of Martha Graham's most famous ballets such as Diversion of Angels, Maple Leaf Rag, and Sketches from Chronicle. During 2007, she collaborated artistically with the Martha Graham Center, ETV, and USC Dance Company to produce Sketches from Chronicle Documentary. Ms. Barbosa also received grants from USCeRA, USC College of Arts and Sciences, SC Arts Commission, Arts Institute, and Knight Foundation for the ETV project. She has collaborated with several artists in the creation of her own masterpieces such as The Seven Deadly Sins and The Divine Comedy with set designer Nic Ularu and Mexican choreographer Brenda Nieto, as well as Catharsis with Argentinean Visual Artist Marcelo Novo. Catharsis was awarded its first grant from the Sumter Arts Commission for its creation in 2005. Ms. Barbosa and Mr. Novo reconstructed the work in 2009 in collaboration with ETV for the arts education program, "Artopia," produced and directed by Betsy Newman. Ms. Barbosa founded South Carolina Contemporary Dance Company (SCCDC) in 2007 and has performed at the Charlotte Dance Festival, the Brazilian Festival in North Carolina, the South Carolina Contemporary Dance Festival and Aerial Dance Festival, Lisbon/Portugal. SCCDC performs its main stage Seasons in Columbia, SC at the Koger Center for the Arts and the Township Auditorium. Ms. Barbosa established the South Carolina School of Contemporary Dance and developed the SCCDC Board and Guild. She is known for performing in non-traditional spaces in collaboration with other arts such as 701 Center for Contemporary Art, CMFA and the Columbia Museum of Art, where she initially choreographed The Chemistry of Contemporary Dance and most recently she has performed for the Museum's Impressionism Exhibition Gala.