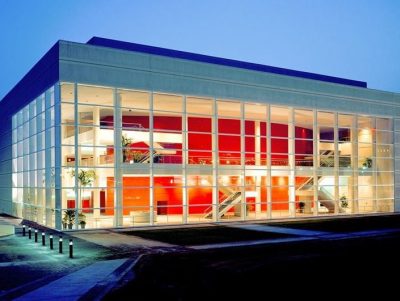 A Celebration of 101 years of Dave Brubeck & Charlie Parker
Originally scheduled for October 23, this concert has been rescheduled to November 23, 2021.

A Celebration of 101 years of Dave Brubeck & Charlie Parker
Originally scheduled for October 23, this concert has been rescheduled to November 23, 2021.

About Mark Rapp
Trumpeter, composer, arranger, and bandleader Mark Rapp is the founder of the ColaJazz Foundation, recipient of the 2021 Governor’s Award. ColaJazz’s mission is to grow and support jazz in and around Columbia, SC through events, education, recordings, and advocacy. In 2018, Rapp was named an Ambassador of Jazz for the State of South Carolina by the S.C. House of Representatives. Rapp is a 2020 Experience Columbia Ambassador and serves on the McKissick Museum advisory council.

Rapp has released 8 diverse recordings and appears on a myriad of projects, including Disney’s “Everybody Wants to be a Cat” alongside Roy Hargrove, Dave Brubeck, Esperanza Spalding, The Bad Plus, Joshua Redman, and more. Rapp’s celebrated 2009 debut release “Token Tales” earned him a spot as a “Top Emerging Trumpeter” in Downbeat Magazine, sold out the Blue Note (NYC), and debuted at the famed Newport Jazz Festival. Rapp is a featured artist in Mellen Press’ “How Jazz Trumpeters Understand Their Music” among a prestigious list including Terence Blanchard, Lew Soloff, Freddie Hubbard, Tim Hagans, Dave Douglas, and more. Rapp also composed and produced a jazz ballet, “Woven: Life in Notes and Steps” (wovenballet.com). He has performed in jazz clubs and festivals around the world from Croatia, Brasil, Austria, Switzerland and USA, including back-to-back appearances at the 2017 & 2018 New Orleans Jazz and Heritage Festival.

“Rapp is willing to tackle the history of this music with his eyes on the past and his mind on the present and future of this music.” – AllAboutJazz.com

About Juan Rollan
Tenor saxophonist Juan Carlos Rollan is a soulful player who has not only performed jazz with such artists as Arturo Sandoval, Kevin Mahogany, Joe Lovano, Maria Schneider, Jimmy Cobb, Chris Potter, and the Noel Friedline Quintet, but r&b/soul with Al Green, pop with Ben Folds and classical music with the Jacksonville and Charlotte Symphony Orchestras. His unique sound combines together the inspirations of John Coltrane, Cannonball Adderley, and Kirk Whalum.

About Kevin Bales
GRAMMY Award-nominated Kevin Bales is a musician, teacher, performer, and accomplished pianist, with classical chops. At age 16, he was invited to audition for the Atlanta Symphony Orchestra, then under the direction of the famed conductor Robert Shaw.

While studying at the University of Florida in their jazz program, he met, performed, and toured with a number of jazz artists such as Wynton Marsalis, Louie Bellson, Eddie Daniels, Nat Adderley, and the fiercely individual saxophonist Bunky Green, who he toured with for five years. As a senior at North Florida, he was drafted into a full teaching load and continued to be an integral part of the school’s jazz program for over a decade. Today, Kevin manages his own jazz program in Atlanta, overseeing an ambitious schedule of students. Kevin finds teaching exhilarating and helpful in his own playing.

About Brett Berlanger
A native of Greenville, South Carolina, Brett Belanger developed an interest in music performance at the age of 11 when he began playing alto saxophone in middle school band. At age 12 he began playing electric bass and was influenced by artists such as Jaco Pastorius. His jazz education began at this time with multi-instrumentalist Charlie Parker. In high school, Brett attended the Fine Art Center studying both saxophone and bass under guitarist Steve Watson while also taking lessons with saxophonist Matt Olson.

During this time, he developed a strong foundation in jazz performance and theory while also winning a best in class award. Upon graduating, Brett auditioned at the College of Charleston for jazz bass, where he earned his B.A. in Jazz Performance under the mentorship of Frank Duvall. He graduated Magna Cum Laude and received three music awards, including “Outstanding Student” and “School of the Arts Scholar.” After a short time at the college, Brett began studying double bass, which he now plays professionally all over the South East at restaurants, listening rooms, hotels, and in music festivals. Brett is currently earning his Artist Certificate at the College of Charleston.

About Ocie Davis
Los Angeles native Ocie Davis was introduced to the drums at age seven. Now an internationally recognized musician, educator, and composer, he has traveled around the world, performing at festivals and venues with some of the most influential figures in jazz. Some of those notable musicians include Ellis Marsalis, Terence Blanchard, Christian Scott, Nicholas Payton, and Donald Harrison, who called Ocie’ one of the premiere drummers in jazz’. Ocie has also had the distinction of being recognized as a Jazz All-Star by New Orleans Magazine. Davis studied music at the University of New Orleans under the direction of Ellis Marsalis. As a leader of his own group, the Ocie Davis Trio, he is currently performing at home and abroad while writing for his upcoming effort. The Ocie Davis Trio had the privilege of being chosen as “Best Jazz Group in Charlotte” by Charlotte Magazine’s “Best of the Best.” Ocie continues to share his experience and dedication for America’s classic music with young musicians through applied lessons, workshops, and clinics. Ocie also serves as the Co-founder and Artistic Director of the Charlotte-based Jazz Arts Initiative (JAI), a non-profit organization dedicated to providing quality Jazz education, performance, and musician support. He leads the organization’s creative efforts and supports the JazzArts Academy educational programs.

Koger Center for the Arts

CONNECT WITH Koger Center for the Arts