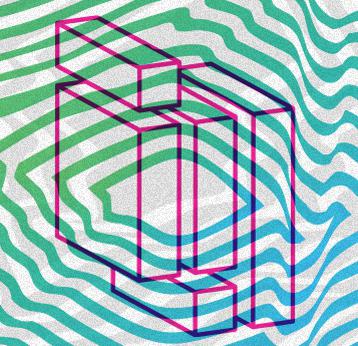 COLUMBIA, S.C. (March 2, 2015)—Indie Grits Film Festival, the Southeast’s premier film and culture festival in Columbia, S.C. for DIY media-makers, will take place April 15-19, 2015, and for the first time, the festival will have a theme: “Future Perfect.” Festival organizers are announcing all competition films and individual tickets are now on sale online and

COLUMBIA, S.C. (March 2, 2015)—Indie Grits Film Festival, the Southeast’s premier film and culture festival in Columbia, S.C. for DIY media-makers, will take place April 15-19, 2015, and for the first time, the festival will have a theme: “Future Perfect.” Festival organizers are announcing all competition films and individual tickets are now on sale online and at the Nickelodeon box office.

The ninth annual Indie Grits, hosted by the Nickelodeon Theatre, South Carolina’s oldest art-house cinema located on Main Street in South Carolina’s capital city, will feature five full days of the best DIY feature, short, experimental, animated and student film, music, food and outside-the-box artistic performances from South Carolina and the Southeast. Additionally, 2015’s Indie Grits will feature visual artists with a connection to the Southeast whose work will enhance Columbia’s public spaces during the festival for a multi-faceted exhibit, thanks to funding by an Our Town grant from the National Endowment for the Arts. Indie Grits has twice been named one of MovieMaker magazine’s Top 25 Coolest Film Festivals in the World.

In addition to competition films screening at the Nickelodeon Theatre and Tapp’s throughout the festival, Indie Grits has several special events and opportunities.

After artists submitted proposals for work they’d like to put together at Indie Grits 2015 that will reflect the festival’s Future Perfect theme, festival organizers have chosen more than 15 artists who will exhibit their work in various spots along Main Street.

Indie Grits will also feature the Mini Cine, a cinema in a portable shipping container. The pop-up theater will be located on Boyd Plaza throughout the festival and the public can enjoy two Future Perfect programs of video art on continuous loop curated by artist Ben Tiven and the Moving Image Research Collection at the University of South Carolina. Admission is free and the Mini Cine will be open from 11 a.m. – 8 p.m. throughout the festival.

As the hallmark of the festival, Indie Grits organizers have selected 10 narrative and documentary feature films and many narrative, documentary, animated, experimental and student short films. A complete list of films, their synopses and screening time and location is available at IndieGrits.com.

Back by popular demand, Indie Bits is a celebration of independent gaming and interactive media designed to foster collaboration between gaming developers and enthusiasts, academics and artists interested in games and gaming technology. Indie Bits has selected a showcase of games from the Southeast and the public is invited to try out the games in the Skyline at Tapp’s Arts Center. Indie Bits will sprinkle other video game installations at various festival events. Indie Bits will feature a life-sized Pacman-inspired game called Grit Man at the festival’s opening party on April 15 and host a free Kindie Bits event for children interested in learning more about independent video gaming on Saturday, April 18.

To round out the tech offerings of the festival, Indie Grits is also collaborating with Converge SE, a conference for creative web design, and, for the first time, POSSCON, the technical conference for open tech and the open web. These conferences overlap with Indie Grits in downtown Columbia.

Music lovers will find plenty to enjoy at Indie Grits 2015. For a full lineup of artists, from Michael Parallax who makes what’s been described as Pop Spiritual Revival Tent Music to Helado Negro, the king of chill sound, and Hectorina and their epic rock opera, who will all be at the Opening Night party (April 15, 6 p.m., Boyd Plaza) visit IndieGrits.com. The Indie Grits Closing party on April 19 at 10 p.m. at 1216 Taylor Street will feature music by Mechanical River and Infinitkiss.

Indie Grits 2015 is full of cultural opportunities and performances you won’t find elsewhere, including the Weekly Revue variety show, Spork in Hand Puppet Slam, an Urban Land Institute workshop, a taco party at The Whig and the ever-popular Slow Food at Indie Grits.

Indie Grits 2015 schedule of events (Full Schedule of Films is available at IndieGrits.com):

6-9 p.m.: Future Perfect: This year’s artists will show their visual artworks installed in venues up and down Main Street. There will also be gallery talks and performances.8 p.m.: Fork & Spoon & Friends. Local record label Fork & Spoon will celebrate their fifth anniversary with an artist showcase at the Music Farm.

7 p.m.: Spork in Hand Puppet Slam9 p.m.: Back by popular demand, Toby Lou brings his Weekly Revue variety show from New Orleans to Columbia at the Big Apple.11 p.m. – UNTIL: All-night taco party at The Whig

A full day of events including Kindie Bits and its animation workshop for children, Hip Hop Family Day, the Spork in Hand Puppet Slam, and the Indie Grits Closing Party.

Slow Food at Indie Grits brings the best chefs in Columbia together as they each prepare a dish that features local, sustainable ingredients.Indie Grits will screen the juried film competition winning films in single programs throughout the afternoon at The Nick.

“Forty percent of attendees from last year’s Indie Grits lived outside of Columbia, and we want to do more to attract even more out-of-town participants,” said Seth Gadsden, co-director of Indie Grits Film Festival. “Our participant and attendance numbers are growing each year, but folks tell us again and again that they want to be able to attend more Indie Grits events while they’re in town. So a five-day format will concentrate all the events you’ve come to love about Indie Grits, plus some events we’re adding, like our brand-new artist residency program and art exhibitions. We’re hoping a jam-packed festival will mean that more people will bring a critical mass to downtown Columbia during Indie Grits.”

Indie Grits festival passes are now available for $75 for Nickelodeon members and $100 for non-members. As of March 1, 2015, all individual event tickets are also available at IndieGrits.com.